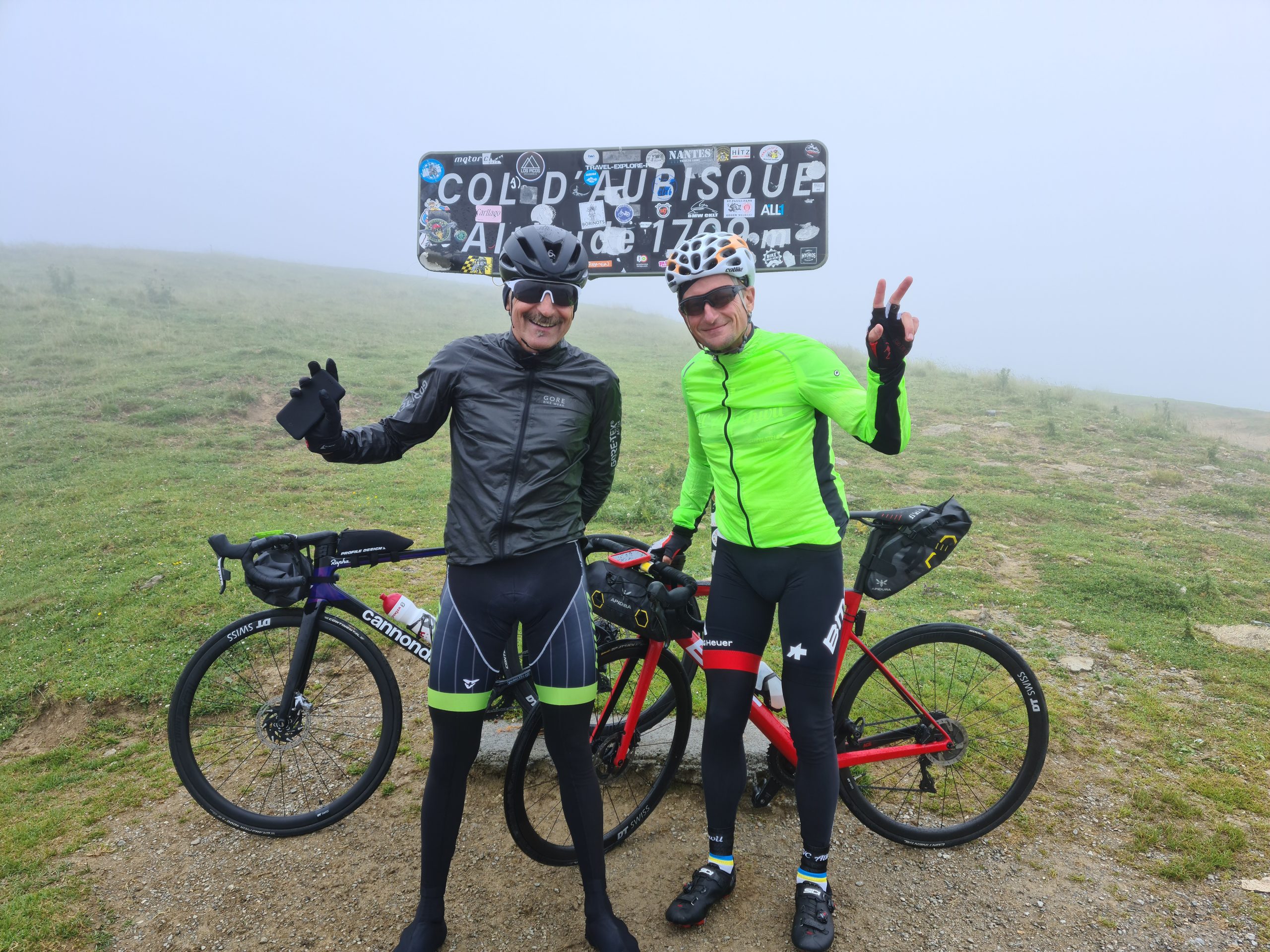 The Col de Marie-Blanque is crossed by an asphalted forest path that connects the Vallée d’Aspe with the Vallée d’Ossau.

The Col d’Aubisque, together with the Tourmalet, the Aspin and the Peyresourde the holy quadrhelarchy of the French Pyrenees passes. Their anointed status has to do with their location, because they line up like pearls on a string in the central part of the Pyrenees. On the other hand, and this is certainly the more important factor, its almost annual involvement in the stage planning of the Tour de France contributes enormously to its reputation.

Unfortunately, the weather was “despite summer” rather rainy and cool: My Garmin showed 7 degrees..!

The Col de Soulor connects directly from the west to the Col d’Aubisque. It is actually “only” a small crossing. Luckily, the rain stopped … but unfortunately there were also many clouds here: